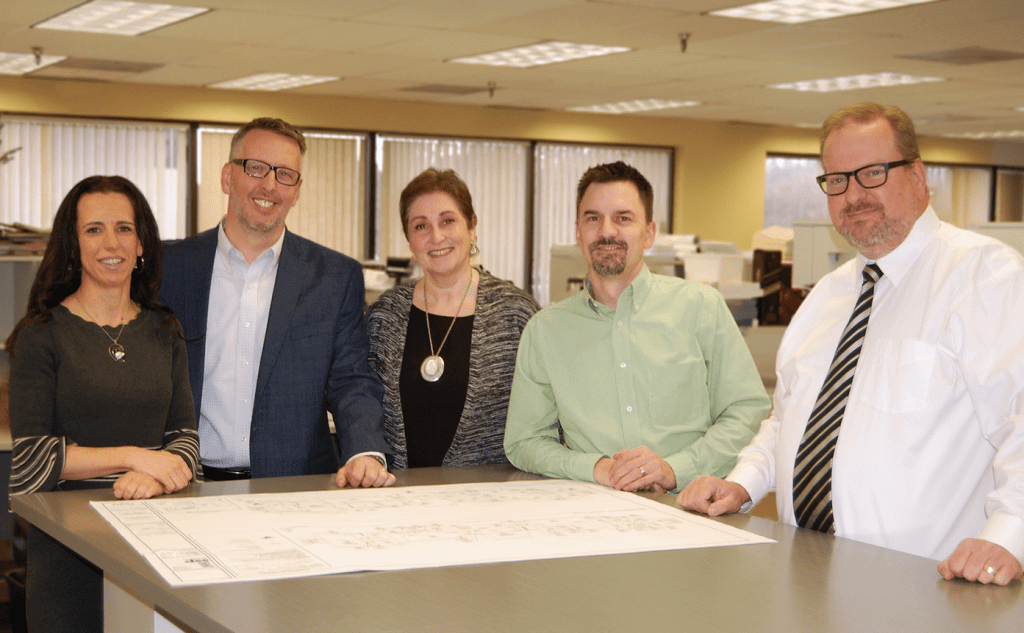 The team at SSP Architects is excited to announce the latest chapter in the continued growth and evolution of the firm’s leadership. SSP Principals Jeanne Perantoni, Scott Mihalick, and Marcus Rosenau are pleased to announce that Tammy Stouchko, IIDA, LEED AP, has been named as a Principal of the firm.

Tammy brings a unique perspective to her work and to the firm. “Tammy is an extremely talented project manager, but beyond that, she brings a real-world view to her work,” according to CEO Jeanne Perantoni. “Her background in construction management and working on the Owner’s side of facilities projects provides her with a different and deep level of project understanding. She really is such an asset to the firm and to her clients.”

Having graduated with a BFA in interior design, Tammy worked in a series of architectural and engineering offices for several years, and while continuing to work full-time, she returned to school and earned her MS in Construction Management.

Tammy joined SSP fifteen years ago, working initially as a Project Manager, overseeing a team of architects and designers. Her initial focus at SSP was managing projects in construction, and in that role she oversaw multiple major construction projects. She also put her interiors background to use, consulting on almost all of the firm’s interiors efforts, even on those projects she was not managing.

Over time, Tammy’s role grew beyond construction administration services. The clients she was working with requested for her to continue with them on design work, not just on the construction end. As a trusted client manager, she expanded her role and took on responsibility for establishing a separate production team, and in 2016, the firm recognized her accomplishments by naming her as an Associate of the firm.

The fact that Tammy has succeeded so tremendously within an architectural firm, without having a traditional architectural education, degree, or background, speaks to her abilities, her work ethic, and the respect she has earned among both her coworkers and clients.

Never content to do things just because “that’s the way they’ve always been done,” Tammy consistently looks to improve processes both within the office as well as on the jobsite or with her clients. In addition to elevating her team’s and the office’s performance, Tammy shares her expertise to the larger building community. Over the past year alone, she has presented multiple times to groups of public school business administrators, Board of Education members, and other officials on topics ranging from master facilities planning to managing difficult construction projects.

Tammy also recently was named as a member of the New Jersey Department of Community Affairs’ Electronic Plan Review Task Force, providing valuable end-user insight to the Department as they transitioned to a new method of receiving and reviewing construction plans for statewide code compliance. Tammy was selected as one of only two non-DCA employees to serve on the committee, based on her having exhibited a strong understanding of their current processes and an ability to provide clarity, practicality, and logic to the effort.

Together with newly named Associate Dan Spanton, the firm’s four principals look forward to celebrating SSP’s upcoming 130th year in business, and to exciting new projects and challenges in the new decade.