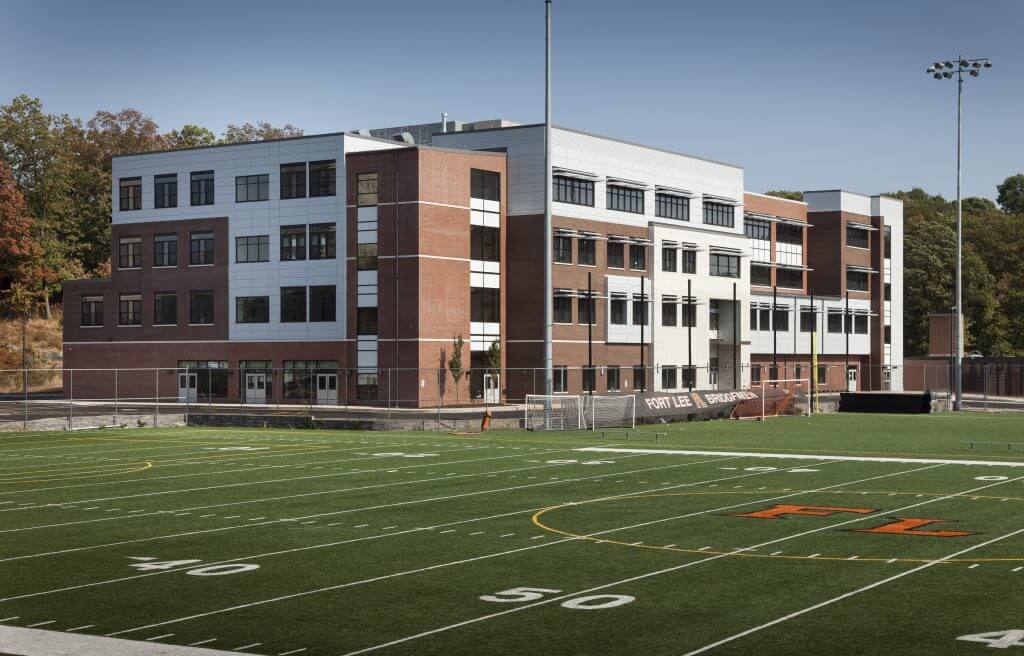 Faced with a growing student population, the Fort Lee Board of Education underwent a planning process that resulted in the recommendation to move fifth and sixth grade students out of the elementary schools and into a new wing to be constructed at the current site of the grade 7-8 Lewis F. Cole Middle School. This addition provides 100,000 square feet of additional instructional and core spaces to accommodate the doubling of the student population on the site. The new wing will be able to function as a school within a school, with its own cafeteria, gymnasium, science labs, and maker spaces. As a result, the four currently overcrowded elementary schools will have their populations significantly reduced, and will be refocused as PK/K-4 neighborhood schools.

Construction of the addition required a modification to an existing turf field and significant rock removal from an adjacent hillside. Due to the limited land available in this congested borough, a four-story solution was developed, with the general purpose classrooms located on the upper two floors, and higher-volume and “specials” spaces on the lower two floors. Site logistics became critical, both during construction as well as accommodating the additional influx of students once the reconfiguration is complete. 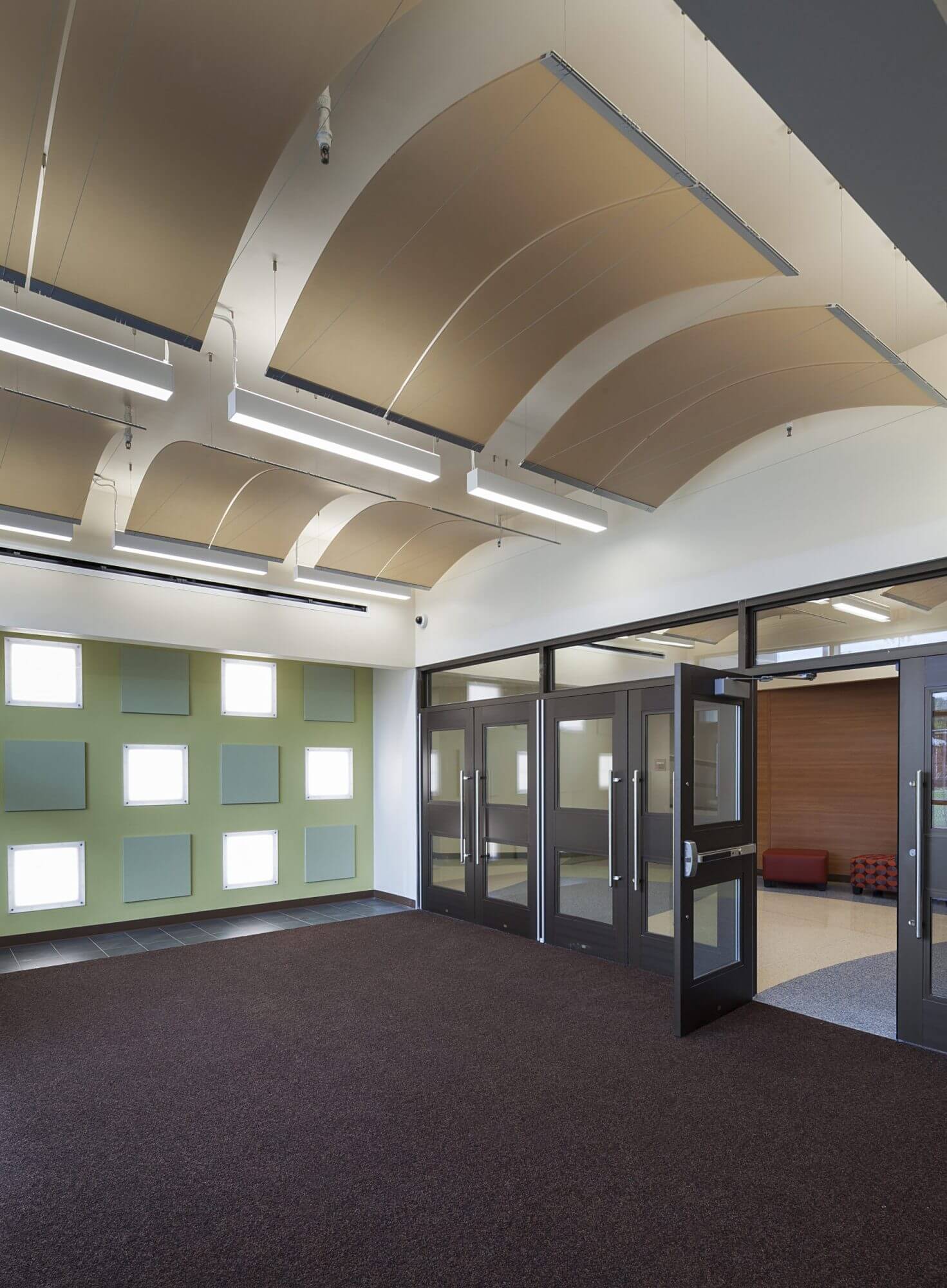 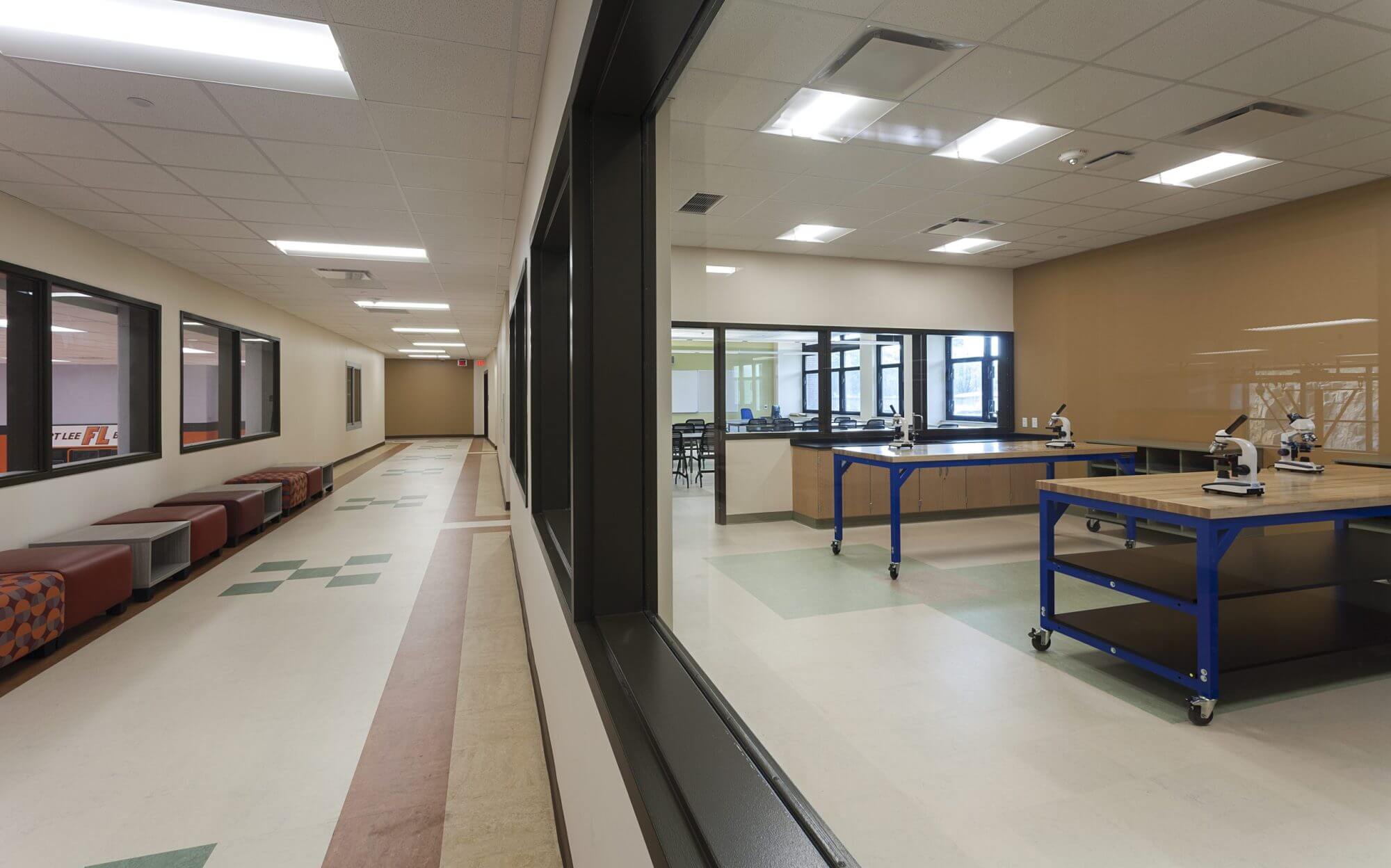 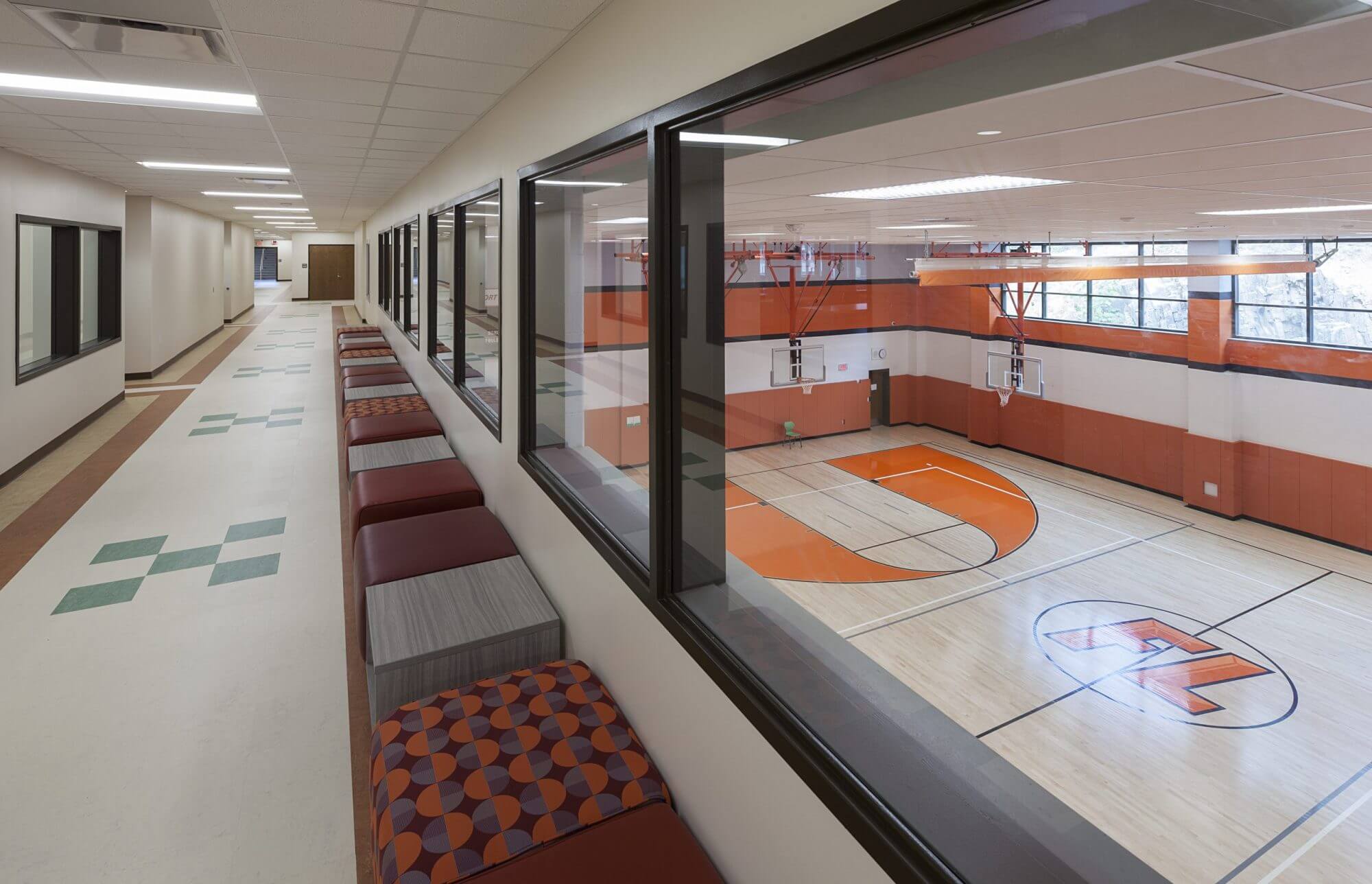 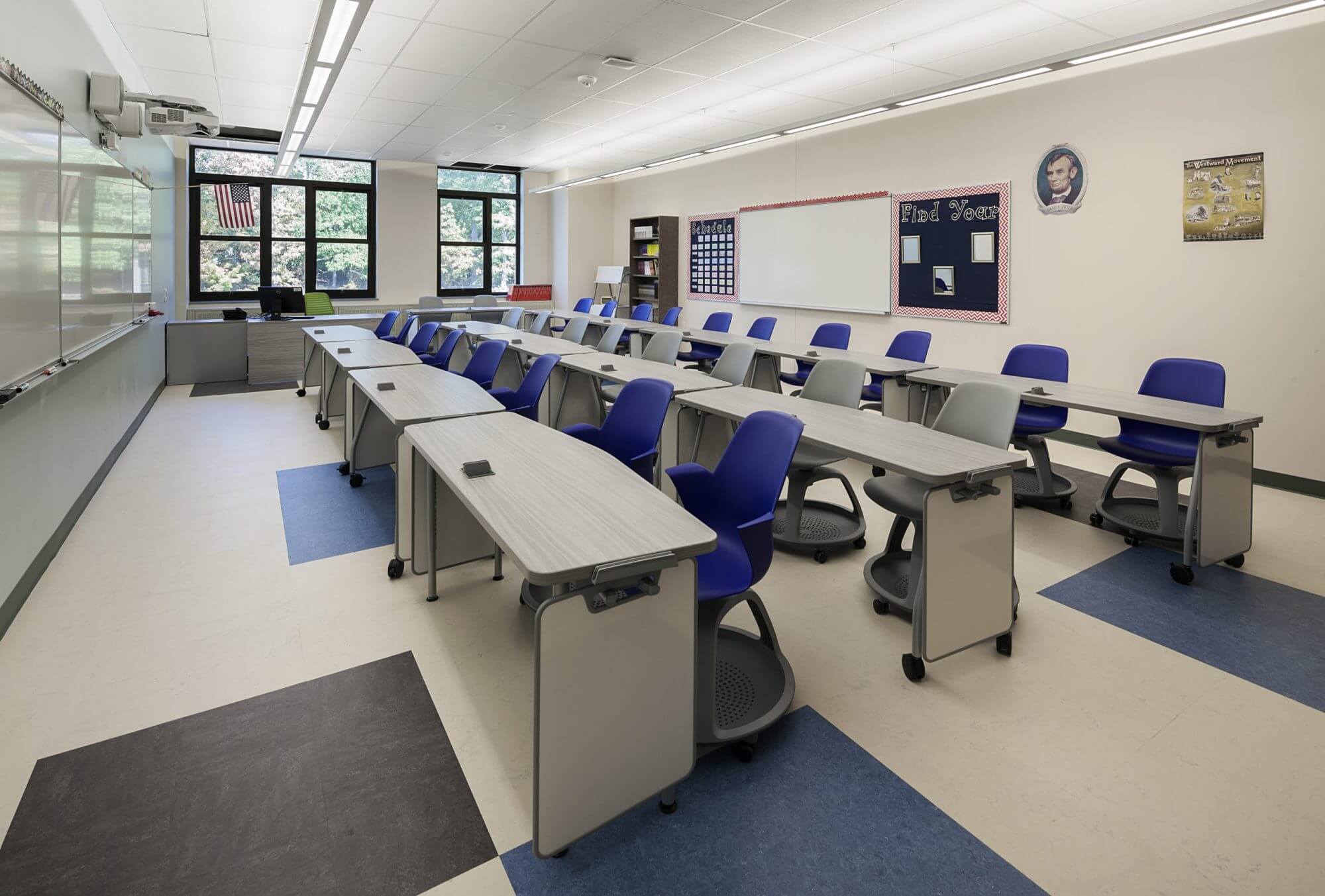