Due to continuing high-rise development in town, the Fort Lee Board of Education was in desperate need of additional instructional space. At the same time, its six school buildings were each showing significant signs of aging. SSP was commissioned to work with the district to develop a plan that addressed these varied needs. The result was a four step process, whereby a building referendum was passed that focused on alleviating an immediate space need at the middle school; a series of infrastructure upgrades was tackled through the district’s annual budgets; an ESIP project was implemented; and a second referendum was approved, allowing for a district-wide grade reconfiguration and addition of over 100,000 square feet of new space.

The first step of the process, the construction of a new 20,000 square foot wing at the Lewis F. Cole Middle School, relocated the building’s entrance to provide additional safety and security measures.  It added a series of STEM/STEAM labs, as well as a new media center, replacing the outdated “classroom-and-a-half” configuration that had been in place for decades.  A new site circulation pattern and renovations to several existing spaces completed a sorely needed overhaul to the 60 year old facility. 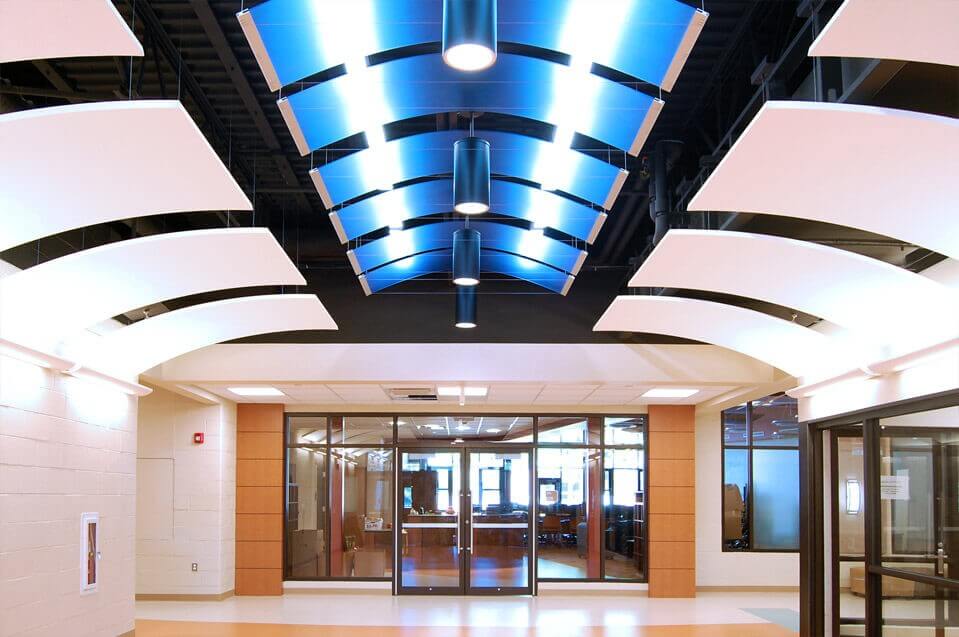 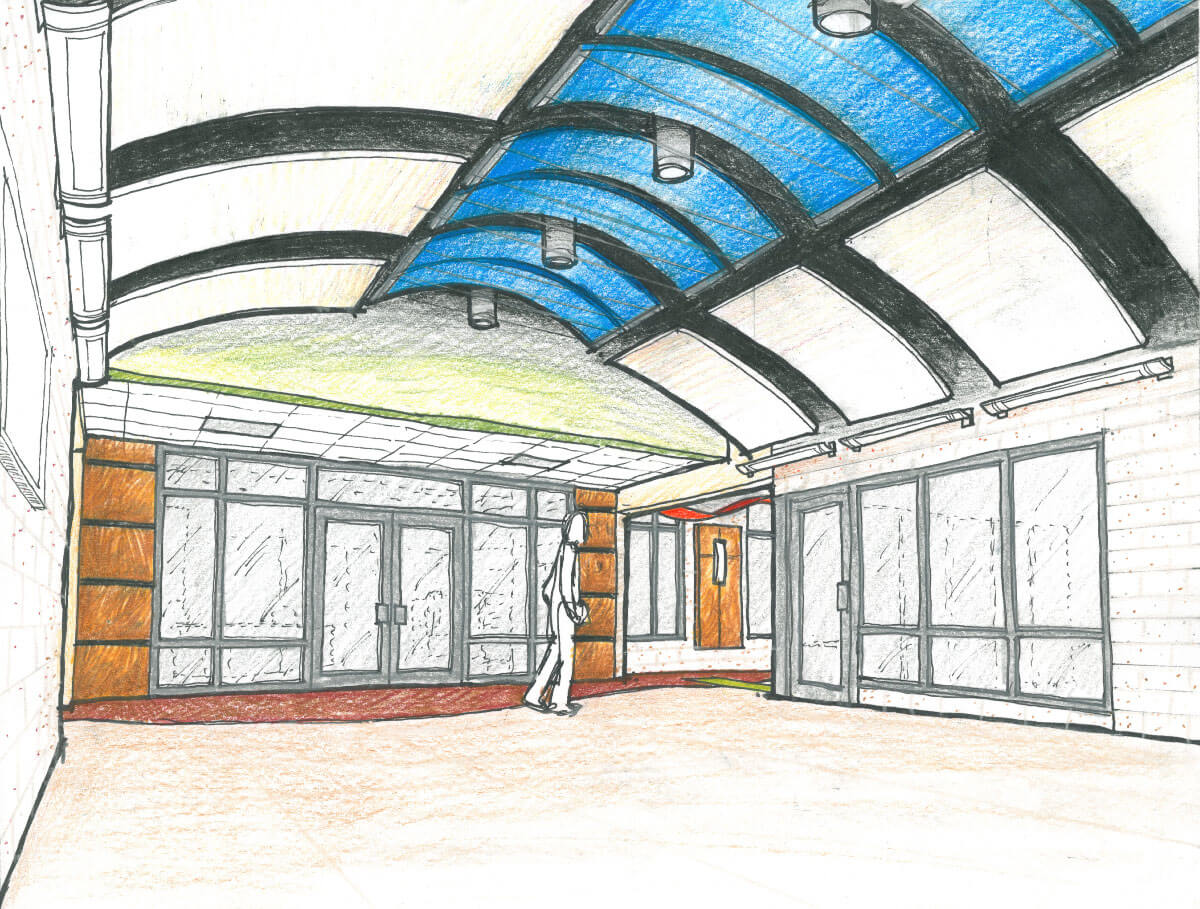 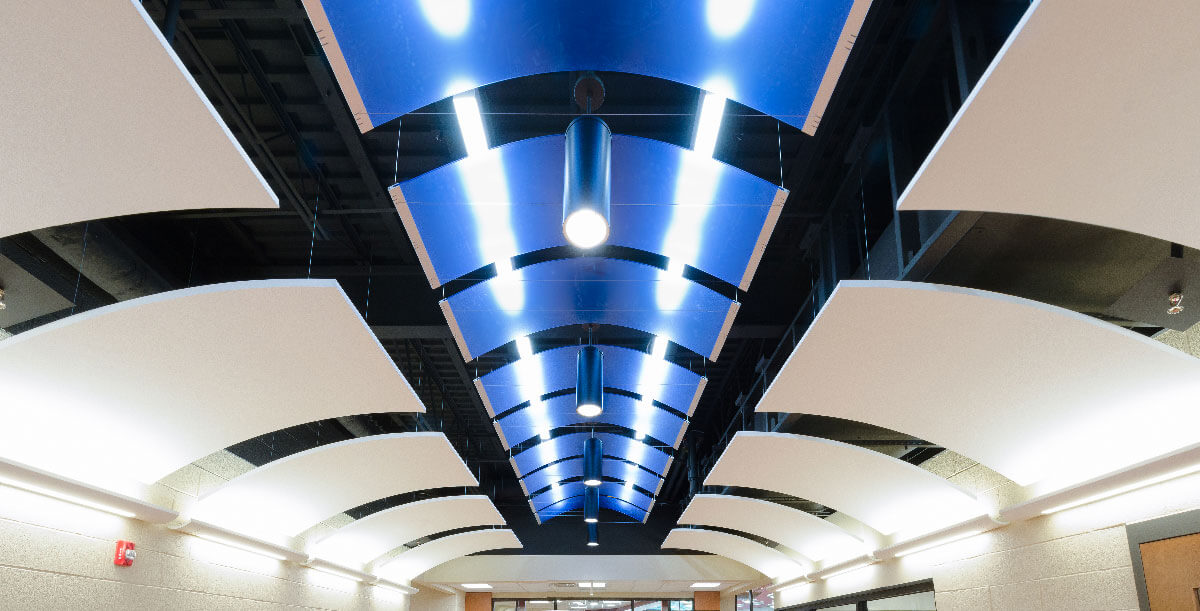 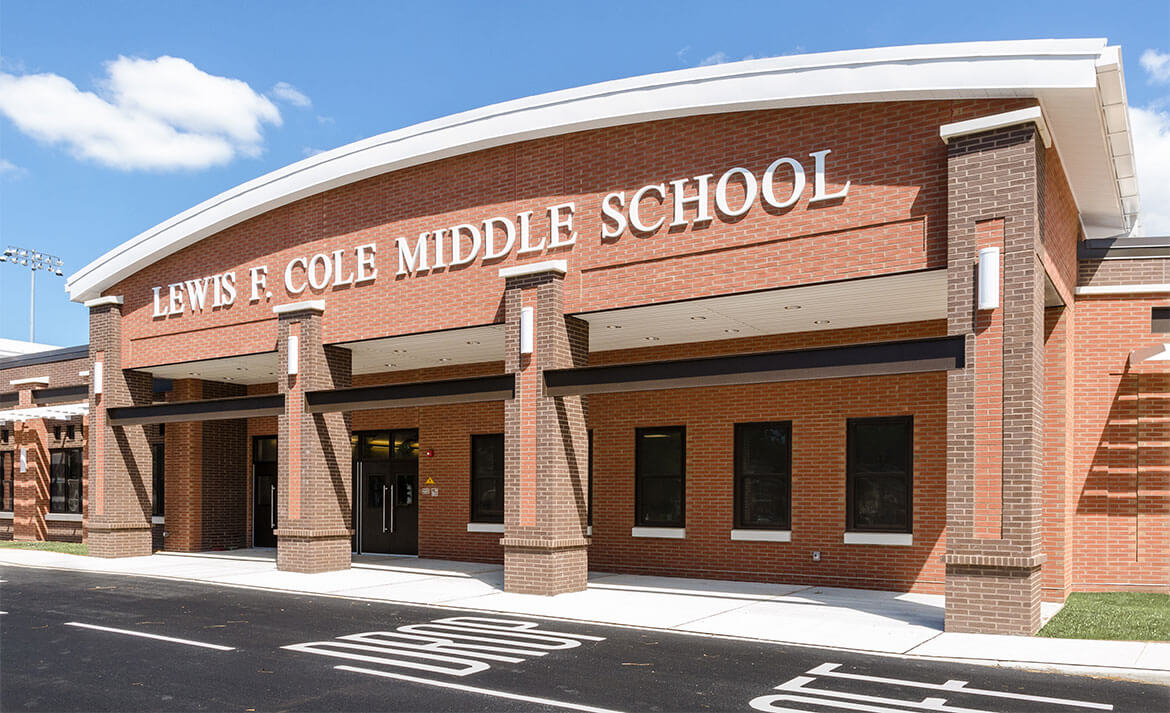 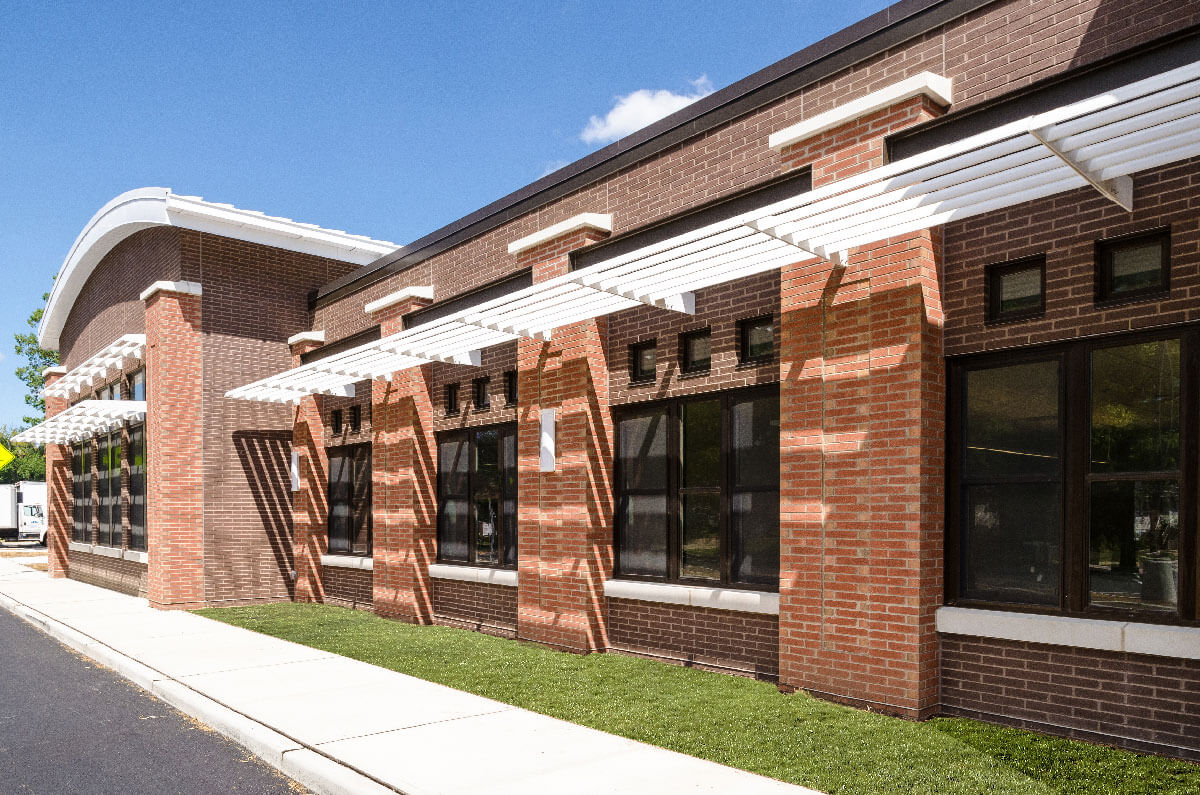 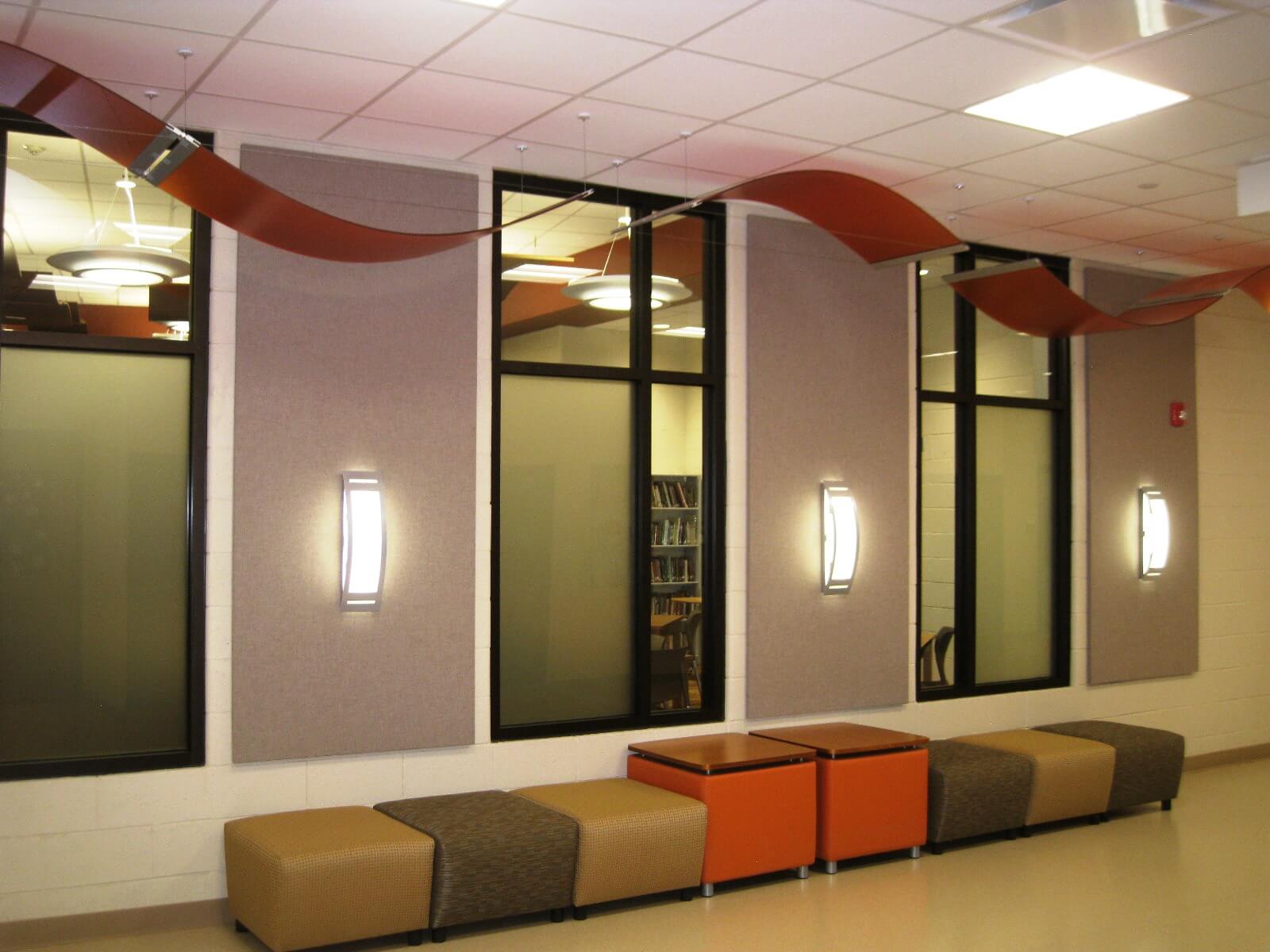 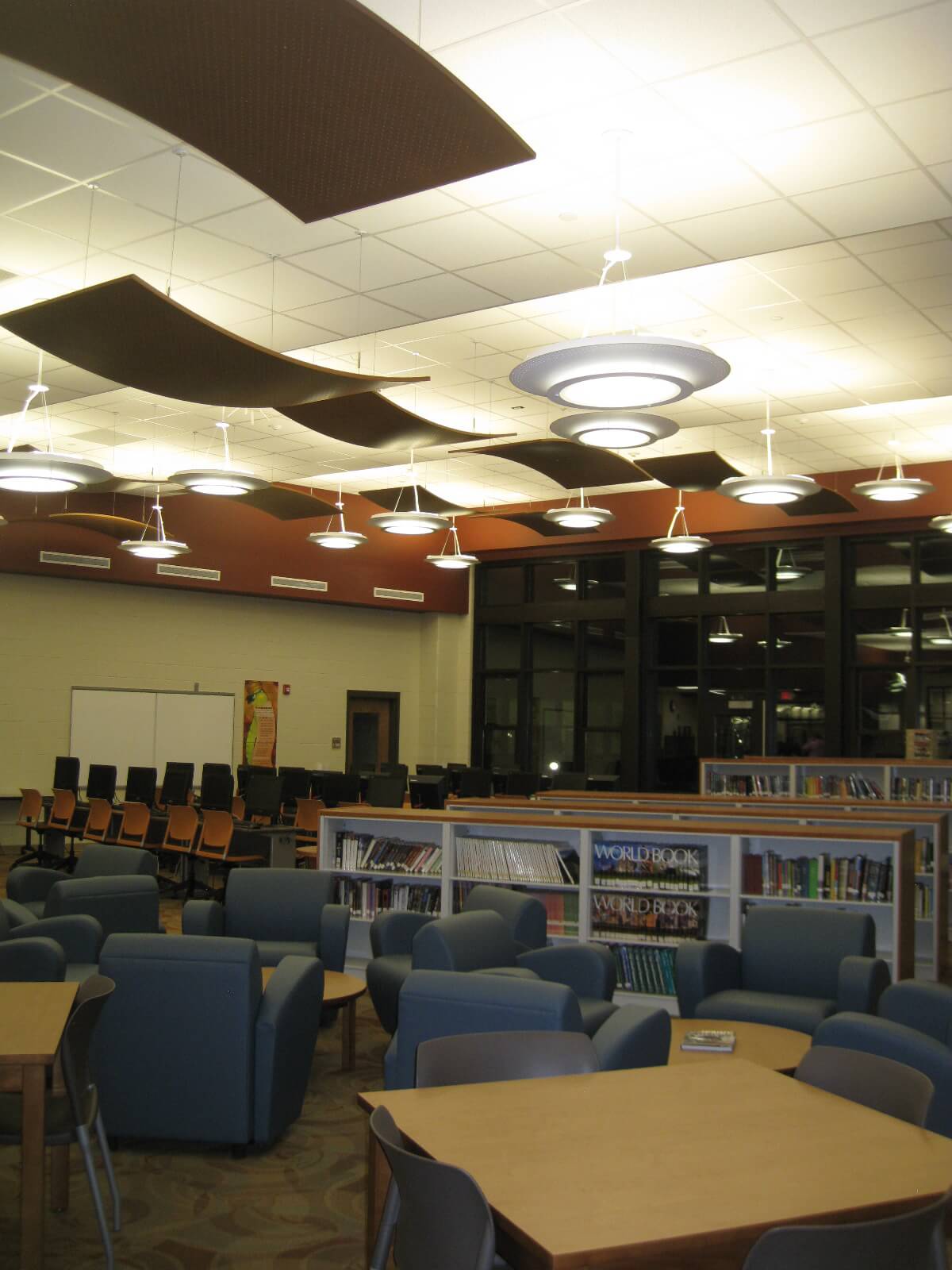